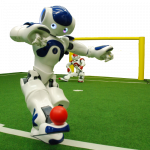 Vienna has a new soccer team 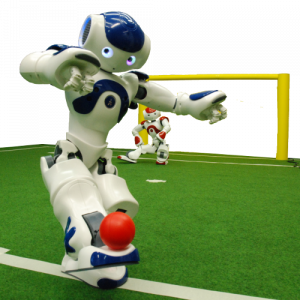 Since the beginning of this year Vienna has it’s first humanoid robot soccer team called the Austrian-Kangaroos. The team composed of researchers is supported by the Automation and Control Institute and the Institute of Computer Languages Compilers and Languages Group (COMPLANG) from the Vienna University of Technology, as well as from the Institute of Computer Science from the University of Applied Sciences Technikum Wien. The teams goal is to play at the Standard Platform League at the RoboCup World Champion Ship, which will be held this year in Austria (Graz) (29.06.-05.07).