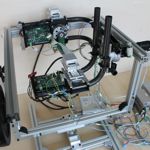 In many movie scenes or video clips, the camera is dynamically moved to change the perspective or to make a more engaging film. Typically, camera cranes, steadycams, cable cams, or helicopter cameras are used in the production of such video sequences. To avoid distracting changes of the line of sight induced by movements of the mobile carrier vehicle, the camera is inertially stabilized. For this task, inertially stabilized platforms (ISPs) with gimbaled assemblies are widely used.

In this project, a new active camera stabilization platform developed by qinematiq was considered. It features a gimbal with three degrees of freedom which is actuated by electric motors in each joint. The orientation of the camera and the handle with respect to the inertial frame is measured utilizing inertial measurement units (IMUs), see Fig. 1. 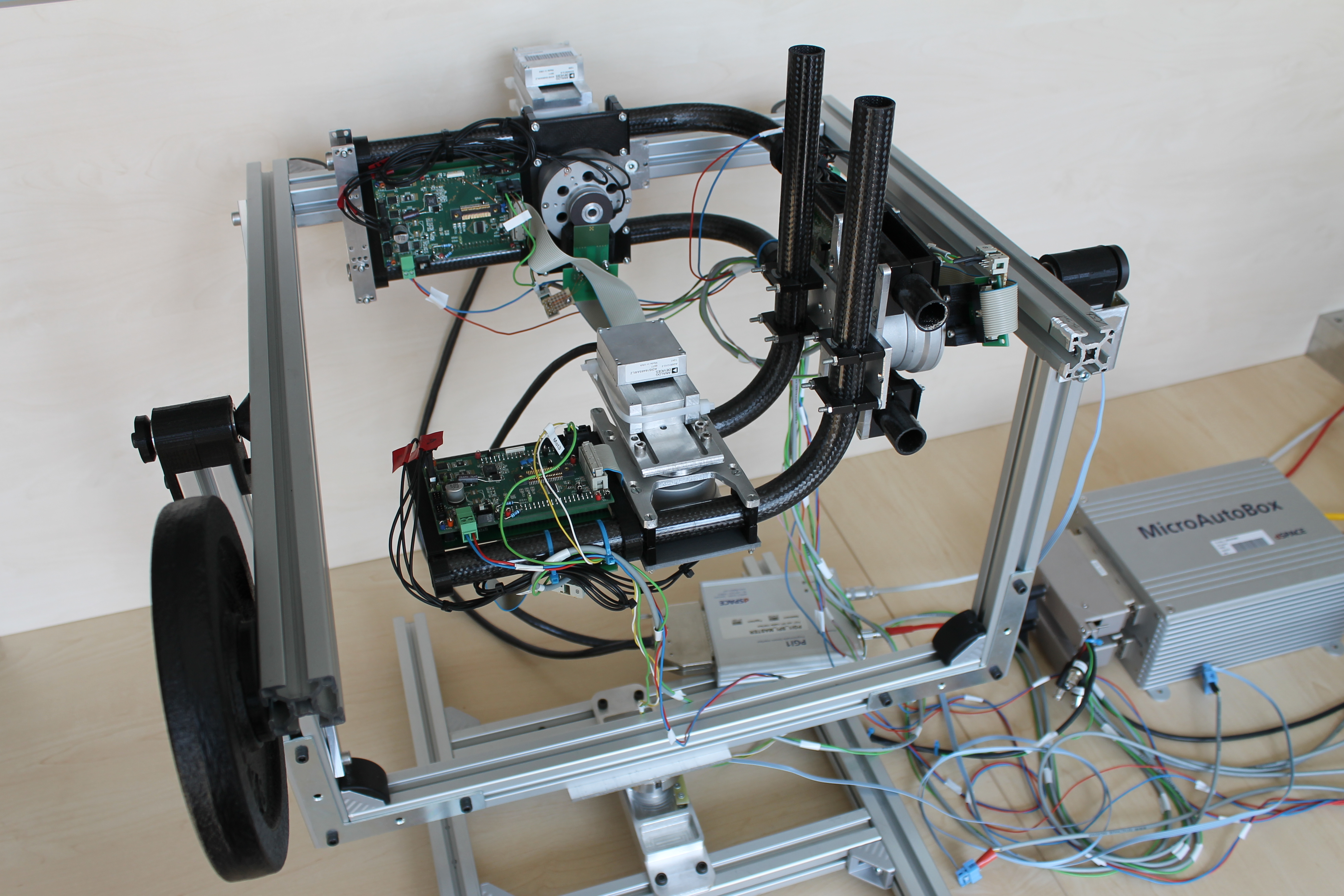