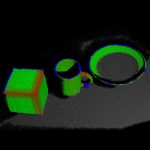 Emergence of Cognitive Grasping through Emulation, Introspection, and Surprise

The aim of GRASP is the design of a cognitive system capable of performing tasks in open-ended environments, dealing with uncertainty and novel situations. The design of such a system must take into account three important facts: i) it has to be based on solid theoretical basis, and ii) it has to be extensively evaluated on suitable and measurable basis, thus iii) allowing for self-understanding and self-extension. 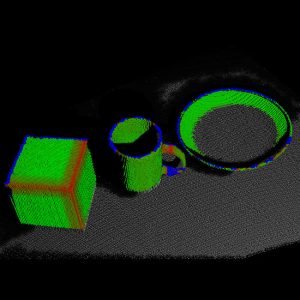 We have decided to study the problem of object manipulation and grasping, by providing theoretical and measurable basis for system design that are valid in both human and artificial systems. We believe that this is of utmost importance for the design of artificial cognitive systems that are to be deployed in real environments and interact with humans and other artificial agents. Such systems need the ability to exploit the innate knowledge and self-understanding to gradually develop cognitive capabilities. To demonstrate the feasibility of our approach, we will instantiate, implement and evaluate our theories on robot systems with different emobodiments and levels of complexity. These systems will operate in real-world scenarios, with and without human intervention and tutoring.

GRASP will develop means for robotic systems to reason about graspable targets, to explore and investigate their physical properties and finally to make artificial hands grasp any object. We will use theoretical, computational and experimental studies to model skilled sensorimotor behavior based on known principles governing grasping and manipulation tasks performed by humans. Therefore, GRASP sets out to integrate a large body of findings from disciplines such as neuroscience, cognitive science, robotics, multi-modal perception and machine learning to achieve a core capability: Grasping any object by building up relations between task setting, embodied hand actions, object attributes, and contextual knowledge.

Develop computer vision methods to detect grasping points on any objects to grasp any object. At project end we want to show that a basket filled with everyday objects can be emptied by the robot, even if it has never seen some of the objects before. Hence it is necessary to develop the vision methods as well as link percepts to motor commands via an ontology that represents the grasping knowledge relating object properties such as shape, size, and orientation to hand grasp types and posture and the relation to the task.

Our (TUW) tasks/goals in this project are: