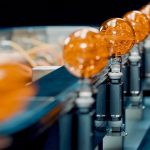 Modelling and optimal control of a linear motor

The usage of long stator linear motors provides higher flexibility in a transport system for production plants compared to common conveyor belt systems. The usage of multiple transport units offers the advantage that the distances between the transport units, and thus the run-time of the transport process itself, can be freely chosen. In order to guarantee a high-dynamic operation it is necessary to obtain an accurate model of the motor and an optimal control strategy. 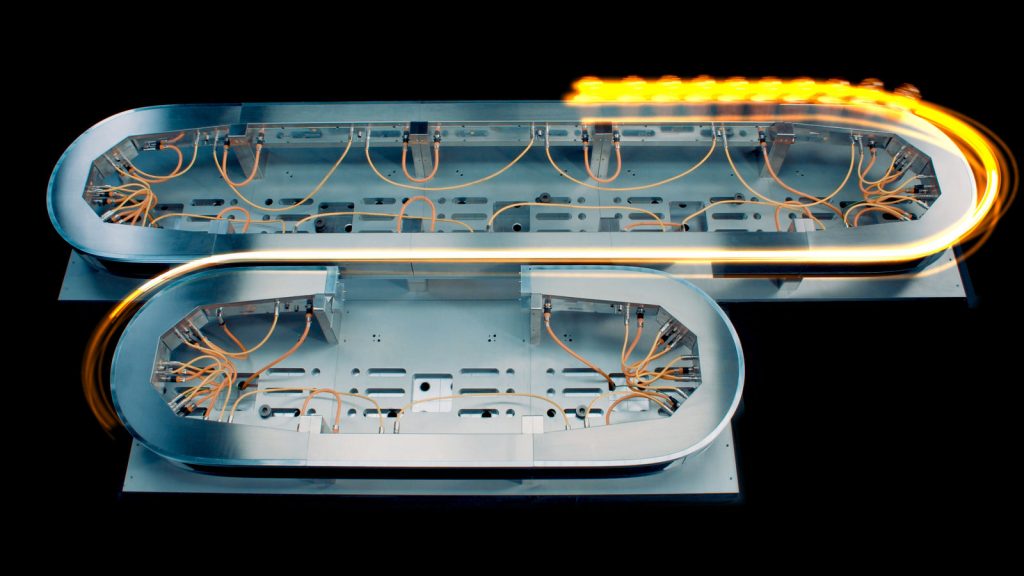 A main challenge when describing the behavior of electric machines are the systematic consideration of nonlinear magnetic material saturation and of nonlinear cogging forces along the transport motion. The modeling method chosen in this project uses magnetic equivalent circuits and allows a systematic derivation of a motor model, which is able to consider these phenomena. Based on the derived model, a optimal control problem is formulated, which yields optimal currents of the motor coils such that a given tractive and normal force is obtained for the transport units. Additionaly, existing efficiency constraints are taken into account for the calculated optimal currents. The positioning of one or multiple transport units is done using the calculated optimal currents. A further challenge arises from the task to guarantee positioning accuracy while moving multiple transport units within a very short distances between them.