Opto-mechatronic devices such as triangulation sensors or confocal chromatic sensors project focused light beams onto the surface of the measuring object. Assessing the properties of the focused beam is essential as they are directly related to the achievable measurement resolution and precision of the opto-mechatronic device. Such properties can be evaluated by measuring the optical aberrations of the focused beam, since they directly deliver information about the defects in the optical system. To characterize or to improve the optical system, an exact knowledge of the involved optical aberrations is therefore crucial. 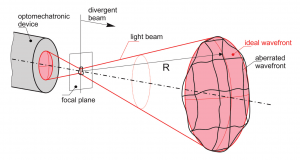 The focused spot produced by the mechatronic device can be examined by analyzing the resulting spherical wavefront.

One approach to derive the optical aberrations of an optical system is to measure the surface geometry of single components by surface profilers such as deflectometers, interferometers and tactile or non-tactile measuring machines, determining their relative alignment within the optical path and make use of simulation tools to obtain the aberrations of the entire optical system. With an increasing number of involved optical components, this approach becomes complex, time-consuming and does not allow a direct characterization of the optical quality after assembling the entire optical system.

The research in this area also deals with a fundamental aspect of optics: The problem of directly assessing the shape of a light wave. The available tools – optical devices themselves – are not yet fit to deal with curved wavefronts. To overcome the limitations of the available sensor types they are integrated with high-precision positioning systems. By merging the wavefront data with the corresponding positioning and alignment data, a representation of the global wavefront can be achieved. The development of suitable reconstruction and stitching methods forms another central challenge of this research project.

Figure 2 depicts an experimental setup to investigate the properties of a scanning wavefront sensor. By repositioning and reorienting the sensor, its limitations concerning the opening angle of the wavefront under test can be circumvented. 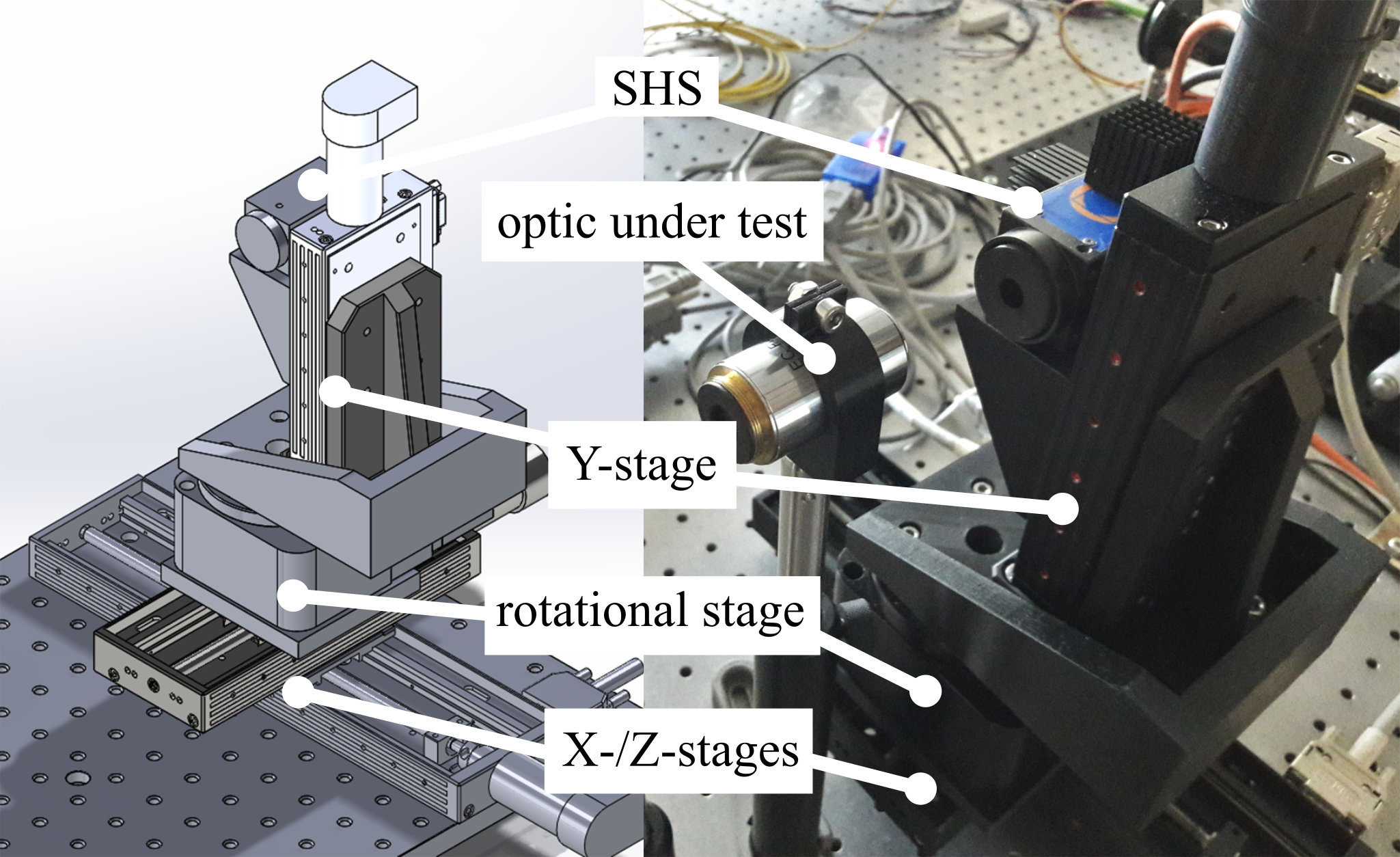 Shack-Hartmann sensor on a scanning setup.

However, due to several positioning errors the sensor positions might be faulty which leads to a challenge of reconstructing the entire wavefront. Hence, sophisticated wavefront reconstruction algorithms have to be developed in order to get a well reconstructed wavefront despite these errors. Such algorithms mainly utilize estimation methods and digital image processing techniques like stitching, feature detection etc.

To facilitate the development of such algorithms a software that simulates the wavefront measurement with a Shack-Hartmann sensor is developed too (Figure 4). 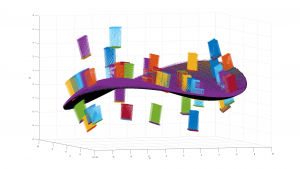 Simulation of measurement of a wavefront with a scanning Shack-Hartmann sensor.