The research field Industrial Robotics is located at the Institute of Automation and Control Engineering at TU Wien. Several laboratories provide space for the numerous robotic systems and experimental setups that are used in the course of research.

On October 10, 2021, the new robot laboratory with an area of more than 100 m² was inaugurated at the institute, see Fig. 1. The most important, permanently installed experimental setup is the robot frame, see Fig. 2, with a footprint of 3 m × 2 m. Two KUKA LBR iiwa 14 R820 collaborative robots are suspended from it, and their robot bases can additionally be moved with the aid of a 2D linear axis system. The two robots and the total of four linear axes form a rigid-body system with two end effectors and 18 degrees of freedom.

Furthermore, the robot lab provides space for a number of mobile and movable robot systems, such as a KUKA LBR iiwa 14 R820 on a standing platform, the dart robot, the ball-throwing robot, the single-wheel-robot and the smart shuttle Sally.

The robotics laboratory itself is excellently equipped in terms of infrastructure: Mounting profiles are provided at many points in the lab and at all windows, three-phase electric current, network and pneumatic connections are available in high quantities and a dedicated pressure vessel ensures a constant supply of compressed air. 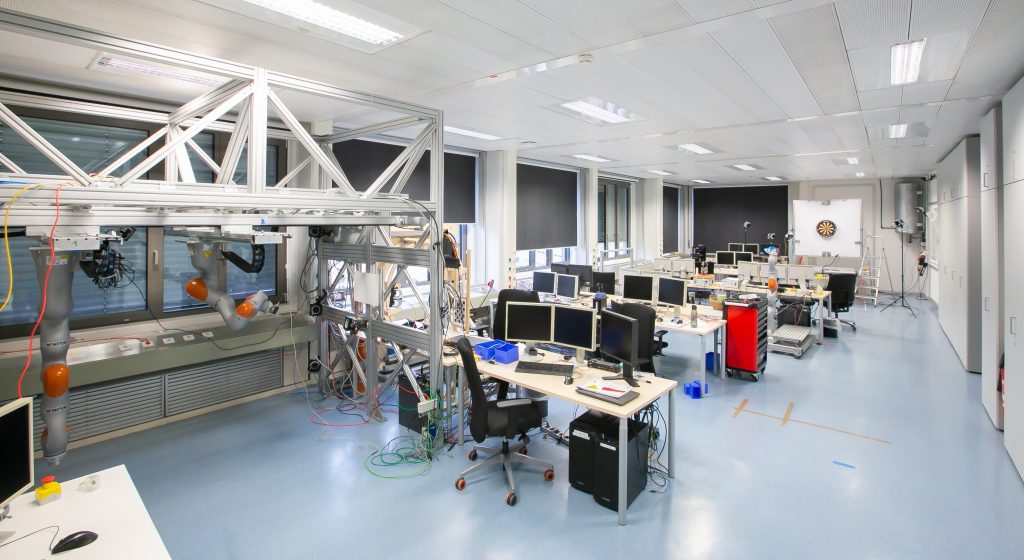 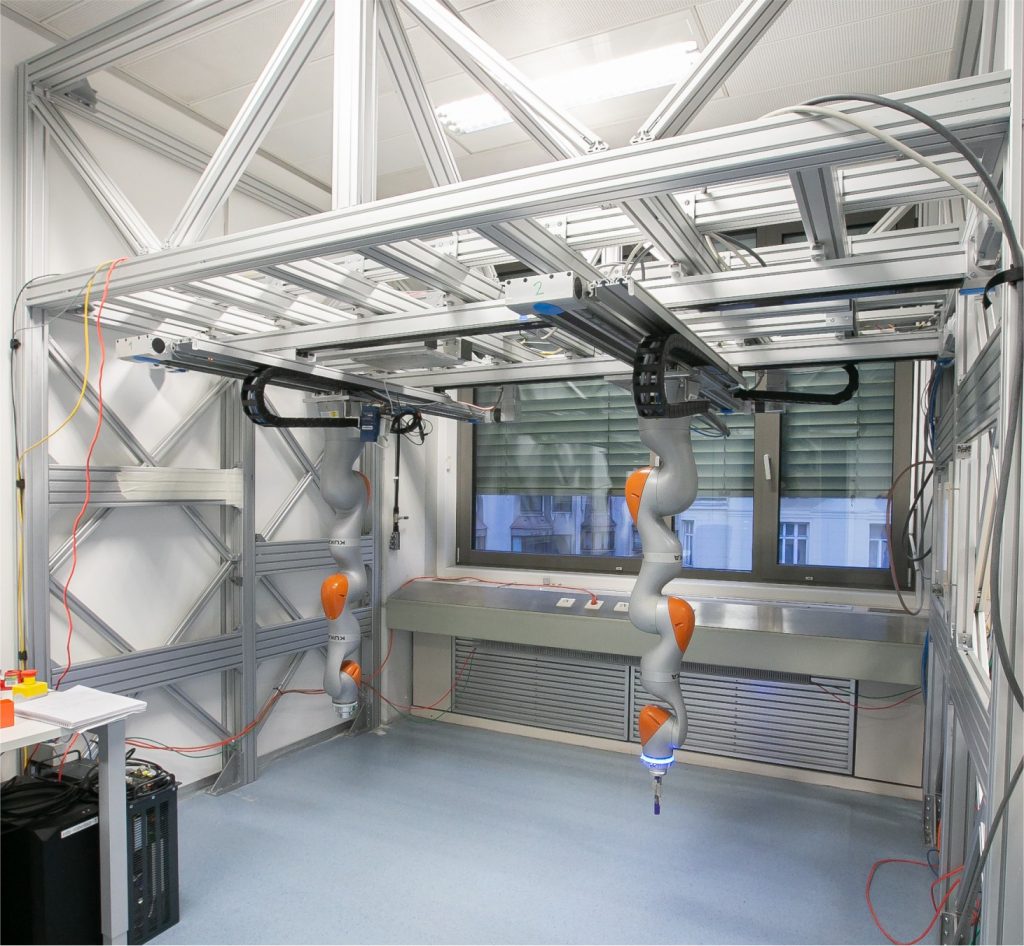 The CDS-Lab features the Festo Tripod, a robot with parallel kinematics, and the triple pendulum. 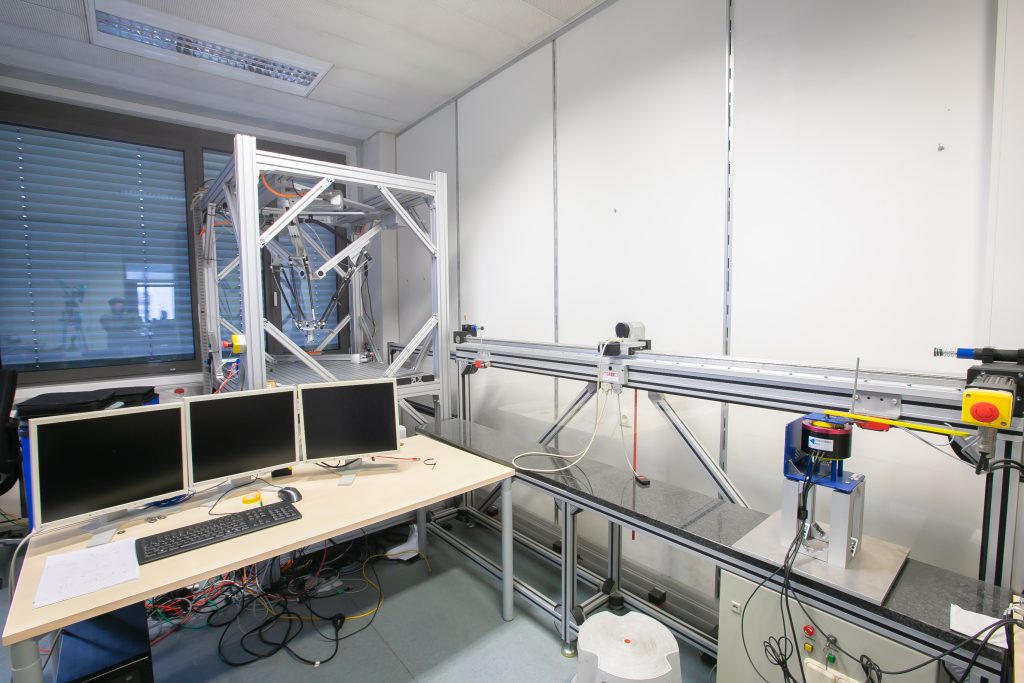 The Comau Racer robot can be found with a generously spaced safety fence in CDS-Lab II. Also in this lab, many mounting profiles are provided, which can be used for fixing cameras of the optical tracking system OptiTrack. 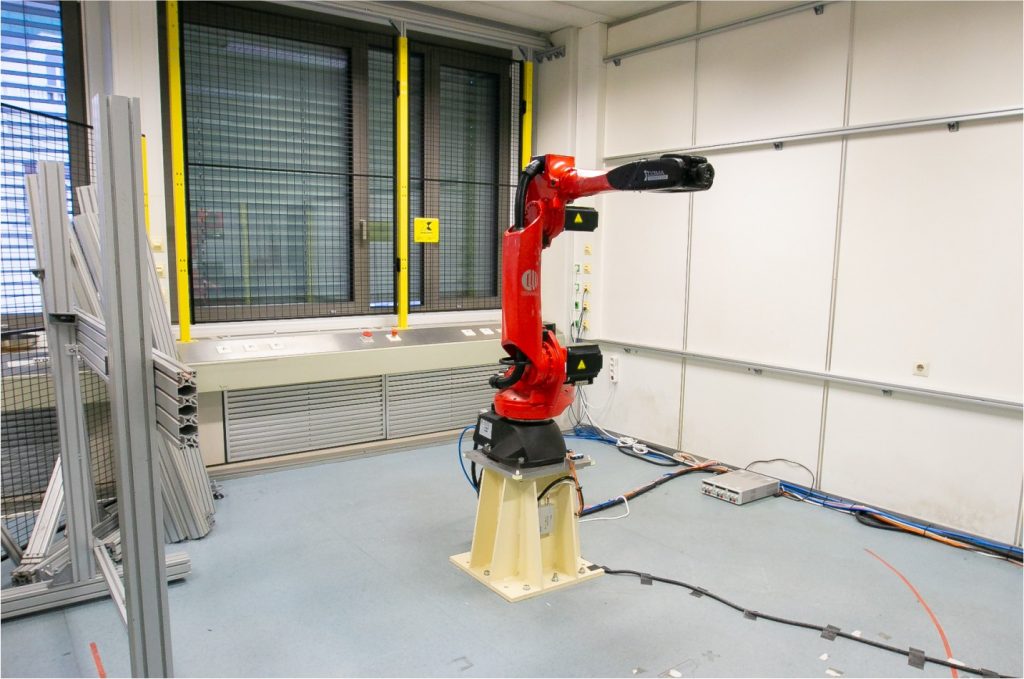