On the 4th of March the ERF Workshop takes place in Malaga, Spain. There will be discussions about the Human-Robot collaboration and the use of AI for industrial applications. For more information click here.

On the 27th of November 2018 the event „La soirée rouge“ took place in Vienna. The aim of this event was to discuss questions about chances and problems of the digitized medicine. How will medicine 5.0 look like and how can Artificial Intelligence and Ethic be reconciled? Univ.-Prof. DI Dr. Markus Vincze gave a lecture there and presented the foster-robot Hobbit. 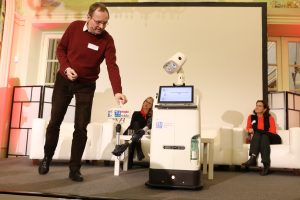 On the 12th and 13th of November 2018 the ICHROP, an international conference, took place in Vienna, where the rights of elderly people were discussed. Ao.Univ.Prof. Dipl.-Ing. Dr.techn. Markus Vincze and his team presented their ideas of robots supporting seniors in their daily life. Participants of the conference got the change to meet the foster-roboter Hobbit, who offers supports for seniors. 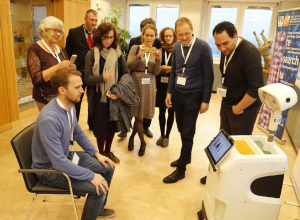 In July 2018 an event of the EPSCO took place in the Austria Center Vienna. At the conference the developments of robotics and digitisation were discussed, with an emphasis on the qualitative and quantitative influences on the everyday work. During this conference an exhibition of the newest technological achievements was shown. Ao.Univ.Prof. Dipl.-Ing.Dr. Markus Vincze and his project-team presented their foster-roboter Hobbit, who increase the life qualitiy and personal autonomy of the seniors.

Together with Oliver Schürer Lara Lammer and Matthias Hirschmanner delivered a lecture  about what robots can already do today and what they are going to be able to do in the future. They explained the diffrence between nature and technics, figured out what robots, sensors and actuators are and by facing the history they explained why robots are build in the shape of a human. At the end the robot pepper stole them the show. 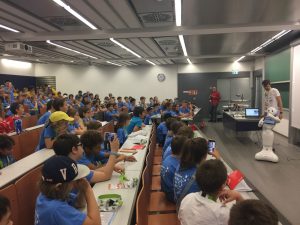 Students with the selected topics for Robotics and Image Processing organized a roboHockey-Match. Here a link to the match.

On June 8th, the Salzburger Nachrichten published a feature about Pepper, the robot. Lara Lammer shared some insights.

The Scientix Conference, a conference dedicated to science education in Europe, took place from May 4th to 6th in Brussels. Julian Angel Fernandez held a presentation on the project ER4STEM. 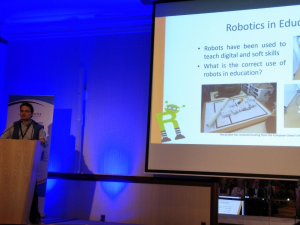 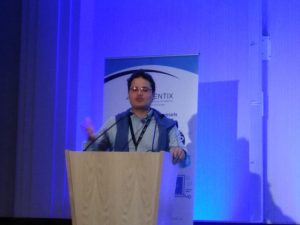 On Monday, April 30th, Pepper was featured in the ORF kulturMontag show. The show discussed humanoid robots. Werner also made a guest appearance.

See the show here (available online till 7 May 2018; only available in German).

The researchers behind ER4STEM will present their research at a workshop at the Maker Faire Vienna, a family-friendly festival for innovation, creativity and technology. The workshop will take place on May 6th from 10:30 to 12:30 and will introduce kids to the robot Thymio (see below). 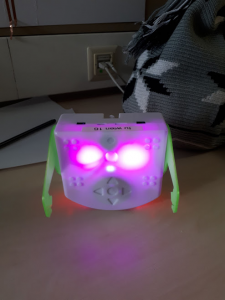 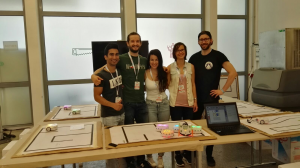 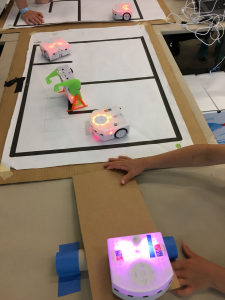 At the Lange Nacht der Forschung (Long Night of Research) on April 13th, Matthias Hirschmanner and colleagues introduced visitors to Pepper and gave them demonstrations. 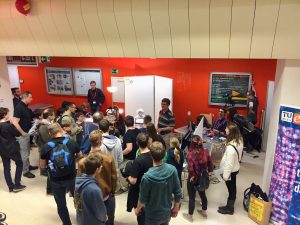 The project team of ER4STEM also presented their field of research. 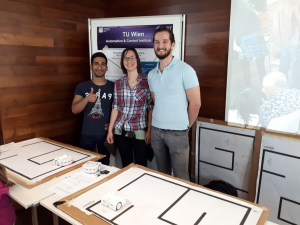 On February 21st, Georg Jäggle held a presentation on social robotics and the project he is currently working on, iBridge. The lecture was delivered at the school BG/BRG Pichelmayergasse. After the lecture, the pupils were invited to interview him in a ScienceClip.at interview workshop.

See the article and interview here.

The April issue of the magazine CURE (published by Der Standard) included an article about how technological developments will affect healthcare. Care robots, especially Henry and Hobbit, featured prominently.

The journal published by the Austrian Computer Society included several articles about robotics, especially about human-robot interaction and educational robotics. Lara Lammer and Astrid Weiss also contributed articles about their fields of research.

Read the full articles here (unfortunately only available in German):

They can help, but they are no replacement, mein Rotes Kreuz, March 2018

The monthly magazine “mein Rotes Kreuz” published a feature about the current and future use of robots in care. Markus Vincze commented on the potential of two assistance robots, Hobbit and Henry.

On March 5th, the newspaper Heute published an article about Kenny, the robot who can clean your children’s playing room. Kenny was developed by researchers from our institute, including Michael Zillich.

Georg Halmetschlager-Funek and Simon Schreiberhuber commented on the Flobot project in an article that was published in Die Presse on January 19th. They elaborated on the use of color analysis and edge detection to help the robot recognize dust and dirt.

Markus Vincze and Markus Suchi elaborate on the potential of the use of robots in care for the elderly. The article was published in the 4th issue of the magazine Forschen & Entdecken (Research & Discover).

Robots are being developed in Austria, Kurier Digital Life on 8 Dec 2017

In an article published on December 8th in Kurier’s Digital Life segment, Lara Lammer talks about her current research projects and the use of robots in a variety of fields.

Read more about it here.

Sabine Köszegi: Machines can merely pretend to have emotions, Der Standard on 12 Nov 2017

Der Standard published an article about human-robot-interaction on November 12th 2017. One of the examples cited in the interview is a robot that is being developed here at the TU Vienna.

Can the welfare state be rescued? Servus  TV

Servus TV recently showed a film about the future of the welfare state. The video includes robots and philosophers and provides comprehensive coverage about recent developments.

On October 31st 2017, Michael Zillich was invited to discuss the future of robotics on FM4 with the robot psychologist Martina Mara. The participants paid special attention to the expectations and fears – both justified and inflated – that the topic gives rise to.

The interview will be available online until 7 Nov 2017.

The Austrian Ministry of Education held an open house on 26 October 2017 and invited our robot Pepper to come along. Matthias Hirschmanner and Clara Haider introduced Pepper to children and answered their questions. 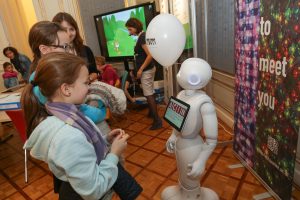 On October 17th 2017 Pressetext published an article concerned with the interface between care and robotics. China’s recent decision to use robots in hospitals prompted the article. Markus Vincze discussed the potentials and limitations.

Die Presse published an article on the use of robots in production engineering on September 15th 2017. Astrid Weiss was consulted for her expertise on the subject.