Data abstraction and segmentation of objects is done on four levels of abstraction. The input data gets pre-segmented by calculation of surface normals and recursive clustering of neighbouring pixels to planar patches. On the primitive level planes and B-spline surfaces are fitted to get parametric models of the pre-segmented clusters. A merging algorithm uses model selection to connect neighbouring surface patches if a joint model fits better than two single single models. On the structural and assembly level are grouping rules learned to predict connectedness of neighbouring and non-neighbouring patches. Finally is graph cut used to segment the image globally optimal. 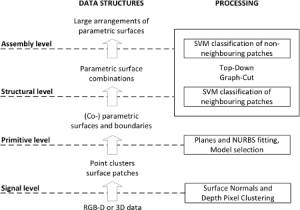 We also provide a “light” version of our segmenter. Results are around 3-5% weaker, but the processing time decreases below 500ms on a state of the art computer.

OSD, the Object Segmentation Database, consists of objects on a table top organized in several learn- and test-sets. All evaluation of the segmentation algorithms was done on that dataset. 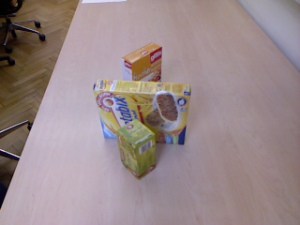 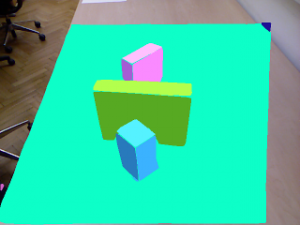 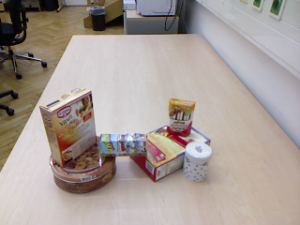 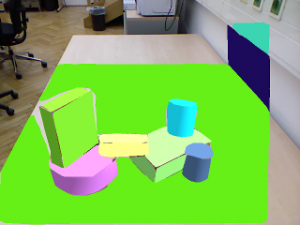 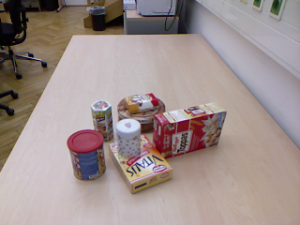 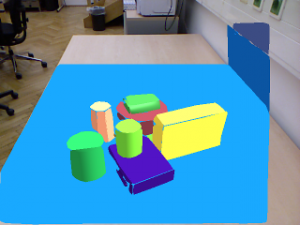 Examples of object segmentation with the proposed structure.